A fundamental aspect of web hosting is that without it there would be no internet. The term ‘web hosting’ describes the physical storage of a website which is typically contained on a server. Whenever you wish to access a website, your computer will communicate with the server on which your desired website is held in order to display that website on your screen. The number of websites that a server can store depends largely on the nature of the websites in question, if a server held websites which were exclusively text based then it could potentially hold thousands however we all know that websites are not like that. The best way to imagine a server is like an mp3 player. The rate at which the capacity of the mp3 player is used up is dependent upon the length of the song; such is the relationship between the server and the websites it holds. The server is contained within a data centre which holds many more servers of the same type all storing different websites much like books in a library. Recently, the CEO of Microsoft (Steve Ballmer) estimated that Microsoft had over 1 million servers in its various data centres; reports generally agree that Google have about 900,000 servers spread across their twelve data centres. Here is a quick guided tour of one such data centre:

The ease at which people can access the internet, be it from a computer or mobile device, means that servers process a large number of requests and run 24 hours a day, 365 days a year. All of this processing makes the servers extremely hot and necessitates installation of huge fans and air conditioning systems. This results in staggering electrical bills and environmental damage. For example, a larger data centre can use enough energy to power 180,000 homes and when all data centres are combined produces 230 more tonnes of carbon dioxide than the entire commercial aviation industry. This is where the phrase ‘carbon neutral’ comes into the equation, but what exactly does it mean?

As the name ‘carbon neutral’ implies, the carbon dioxide produced by a company is offset in some way, this could be due to the company powering themselves with renewable energy sources or planting a tree per number of websites hosted or something along those lines. Regardless of the exact methodology, companies (such as Wunderism) are attempting to eliminate any negative effects they have on the environment. Wunderism have teamed up with Memset who are the only certified carbon neutral web hosting provider in the UK. Recent scientific research has cast some doubt over the validity of planting trees as an offset measure. In response to this concern, Wunderism decided to support projects in Germany which reduce methane emitted from abandoned mines. Initial research into methane capture has provided results which suggest it to be 21 times more effective than planting trees. So why should you get involved with carbon neutral hosting?

Just to give you a quick idea here is a graph illustrating the differences between traditional web hosting and green web hosting. 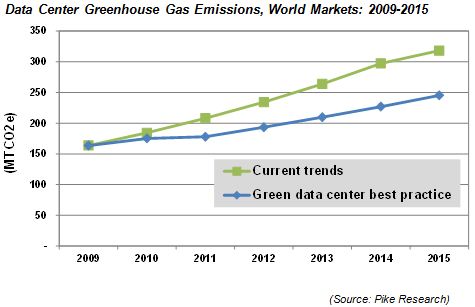 In 2015 alone there is a predicted saving of 75 million tonnes which is equivalent to just under half the total number of emissions produced by the whole of Australia.
Getting involved with a carbon neutral web hosting service such as Wunderism has many benefits besides the obvious environmental reduction in carbon dioxide. Customers are becoming increasingly aware of and value environmental protection as a desirable commodity, by committing to a carbon neutral plan you are communicating to customers that you share their concerns and are intent on doing something about it. In addition carbon neutral plans can be cheaper than your existing web hosting arrangement. Governments and local councils are also keen to reward environmentally conscious businesses and you may find your company eligible for tax rebates or even funding opportunities. You also are able to display Wunderism’s own carbon neutral badge on your website to communicate to everyone that you have gone green.

Wunderism is a product of Leap. Design for Change who are proud to be a certified B Corporation since 2016. Using our business as a force for good.